Who are the New Gamers and How Can You Reach Them?

Gone are the pixelated days of Pac-Man and Space Invaders – gaming is now a source of entertainment for people of all ages around the world.

Gaming has truly gone mainstream, with the introduction of high-quality titles across devices and esports challenging the role traditional sports has long played in consumers’ lives.

Our research shows 83% of internet users have gamed on at least one device in the last month – going up to 94% among 16-24s.

Clearly there’s a huge opportunity to reach a large chunk of consumers.

But to target them efficiently, you must know who these gamers are and what they expect from brands.

Who are the new gamers?

4 in 10 internet users say gaming is an interest of theirs. While the activity is most popular among 16-24 males at 62%, a quarter of all 45-54s also say they enjoy gaming.

Gamers are clearly becoming a more fragmented group than ever, making it crucial for those in the industry to adopt a more targeted approach. The answer lies in sectioning gamers and investigating their individual purchase journeys – going far beyond demographics to understand their actions in context.

Overall, there’s a decline in PC ownership, leading to fewer gamers on these devices than before. But this doesn’t mean these users can be overlooked – just under 1 in 2 internet users still game via PCs/laptops.

While there has been a decline in console ownership, our research shows it’s now stabilized, with 21% of internet users owning one.

This could, in part, be due to the console’s relatively new role in consumers’ lives – as a media hub. Consoles are no longer primarily used for gaming, with 10% now watching TV in some form through their console.

Smartphone gaming has become the most popular choice, with 72% choosing to game on their phone. And with these devices becoming increasingly more sophisticated and offering console-level quality gaming, their flexibility should see them become even more widely used in the future.

Virtual reality was a buzzword in 2018, with the likes of Sony announcing it had sold 3 million Playstation VR headsets since launching the device in 2016. But despite this, the technology has failed to win over consumers on a large scale – only 5% of mobile gamers currently own a VR headset.

A significant amount of gamers aren’t sticking to just one device.

According to our research, over a quarter of gamers use 2 devices and as many as 13% use 4 or more.

It showcases the importance of either identifying what device is the top choice for your target consumers, or having a multi-channel approach where you meet consumers on all their devices.

Looking at the top three most popular genres of gaming, there are some clear differences in preferences.

Despite this, it’s still a smaller portion of mobile gamers that prefer the top gaming genres, perhaps showing their interests spread across more genres than their console, PC and multi-device counterparts.

Having a foundation of gaming behaviors is crucial to define where these gamers spend their time – but in order to reach them efficiently you must also know why.

So how can you pinpoint the why behind the what and where? By going beyond their gaming habits and looking to their attitudes, perceptions and motivations alongside their behaviors.

The increasingly intricate consumer profiles of gamers mean brands must turn to reliable, granular consumer insight to know how and where to advertise to them.

As an example, let’s look at what our research reveals about mobile gamers.

With this sort of information at hand, brands can map the consumer journey of the gamers they’re looking to target, allowing them to place their marketing where it will resonate.

The British Army has struggled to meet its recruitment requirement.

According to the latest government statistics, the Army employed just under 80,000 soldiers against a target of 83,500, and saw a 3% decline in the year leading up to October 2018.

In light of recent Ministry of Defence research showing 72% of young people describe themselves as ambitious yet feel undervalued and want a job with real purpose, the Army decided to try a different tactic for their next campaign.

Its latest recruitment campaign launched in January and was spread across TV, online and  billboards.

Titled ‘Your Army Needs You’, the campaign aims to reach potential candidates that may not have realized they have skills and characteristics that could offer them a successful military career.

And with The Entertainment Retailers Association having recently found the video games sector now makes up more than half of the entertainment market, more than double its worth in 2007, the Army saw an opportunity to tap into this pool of gamers and recruit candidates with great potential.

In one ad, a young person is seen showing a passionate interest in computer gaming, to the exasperation of his family, before it’s revealed the kind of tech knowledge and soft skills that come from gaming are actually highly sought-after by the Army.

This campaign proves the gaming audience to be a versatile group that’s attractive to brands across sectors. As this audience continues to expand and grow in importance, there are more opportunities than ever to reach them, with the right insight at hand. 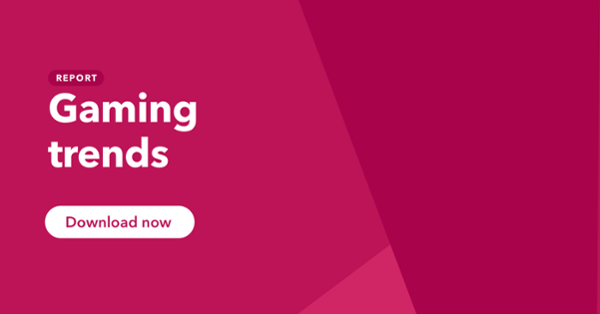