For years, millennials were center stage for brands and marketers. But for some time now, a new group has been gearing up to take their share of the consumer spotlight — Gen Z.

Definitions for this young cohort differ, but generally Gen Z includes all those born after 1997.

One thing is certain: they’re the consumers companies want to win over.

This audience are expected to overtake millennials this year, accounting for 32% of the global population. And as Gen Z enters the workforce and their buying power increases, they will no doubt be a key target for brands to reach.

A couple of years ago, millennials were slated for supposedly wasting their money on avocado toast instead of saving for a house. And just like their predecessors, Gen Z have already faced their own fair share of stereotypes and misconceptions.

Using our data among 21,121 Gen Z respondents, we’ll address some of the most common generalizations about this group to see if they hold true or not.

1. Do they have a negative outlook on the future of the environment?

When we look at their attitudes toward the environment, we see Gen Zs are typically in line with the global average for agreeing they feel positive about the environment.

But when we flip it on its head, our data reveals Gen Zs are more likely to disagree they feel positive about the future of the environment (28%) compared to millennials and Gen X.

It seems this group are one of the most disillusioned when it comes to environmental matters.

Disagreement rates vary greatly by region, jumping to 50% in North America and 46% in Europe compared to just 21% in APAC. This is likely because news about environmental crises have been amplified over the past few years in these regions.

It makes sense why Gen Zs feel this way — they’re going to face the full impact of environmental issues much more than generations before them, and they’ve spent their most formative years bombarded with messaging concerning the degradation of the environment.

Our data highlights 3 in 4 Gen Zs agree that it’s important to stay in touch with what’s going on in the world.

It’s clear Gen Z have a sharp focus on global, widespread issues that will affect their generation and generations to come.

They’re a very astute group and are in tune with what’s going on around them. It’s safe to say many Gen Zs have their eyes wide open to the issues going on in the world and are keen to make a difference.

We only need to look at 16 year-old Swedish Activist, Greta Thunberg, who is making great efforts to get governments around the world to take more action on climate change, with many more Gen Zs following suit.

On 20th September 2019, millions of school children and workers from all over the world protested against climate change in a global “climate strike” day.

2. Are they abstaining from alcohol?

This is a half truth.

It’s not that they’re abstaining from alcohol altogether, but they’re much more conscious of their alcohol consumption compared to other generations.

For example, 38% of Gen Zs aged 18-22 (outside of the U.S.) say they never drink alcohol — they’re 75% more likely than the global average of drinking age adults to say this.

We see similar patterns for consumers aged 21-22 in the U.S., with 25% of them saying they never drink alcohol.

To put this into context, just 14% of Gen Zs aged 18-22 say they drink alcohol at least once a week compared to 29% of millennials and 37% of baby boomers. In addition, Gen Z also under-index for all types of monthly alcohol consumption, including beer, vodka, whiskey, wine and rum.

This audience is interested in keeping healthy — over half say they go running/ jogging once a week or more and over a third have purchased a health-related food product in the past month.

3. Are they more entrepreneurial than other generations?

They’re entrepreneurial, but not necessarily more than millennials.

When looking at their self-perceptions, 3 in 4 Gen Zs say they always want to strive to achieve more in life (on par with millennials).

A further 73% of both Gen Zs and millennials say they like to challenge and push themselves to be the best they can be in life. Additionally, 68% of both cohorts say they’re very career oriented.

Both audiences are marked by their ambition and willingness to challenge themselves. What’s more, their business mindset shapes their interests: 30% of Gen Z say they’re interested in entrepreneurship.

In general, both generations show greater enthusiasm for entrepreneurship compared to older generations.

The pervasiveness of social media and tech encourages entrepreneurial behavior by making it possible to set up, manage and promote businesses more quickly and easily.

4. Have they given up on cable TV?

They haven’t cut cable just yet.

However, this is over 30 minutes less per day than the global average. We can see time spent watching linear TV is decreasing slightly over time while online TV is increasing.

This is driven by the large number of online streaming services available, with 62% of Gen Z watching subscription services like Netflix at least once a week.

They’re not the only generation who are big fans of online TV though.

Surprisingly, Gen Z aren’t watching much more online TV than the typical internet user per day. They’re averaging 1 hour 21 minutes per day in 2019 compared to the global average of 1 hour and 16 minutes.

There’s definitely some truth to this.

Gen Z are the first generation to be considered true digital natives, born into a high-tech world with the internet in easy reach — so it’s not too surprising smartphones are absolutely central to their lives.

This group is currently spending an average of 4 hours and 9 minutes per day on their mobile, the longest of all generations.

In 2019, this group of young internet users are clocking up just shy of 3 hours on social media per day — almost 1 hour longer than in 2013.

Gen Zs attachment to tech is also reflected in their attitudes. 6 in 10 say it’s critical for them to be contactable at all times, and a similar percentage agree they feel more insecure without their phone than their wallet.

6. Do they love influencers?

Yes, this generation are a key audience for influencer marketing.

Not only do they spend the most time per day of all generations on social media and on their mobiles, they’re the generation most likely to follow celebrities from a range of entertainment fields — such as films, music and comedy — on social media.

As such, 62% of Gen Zs can be categorized as Celebrity Networkers; those that use social media to keep up with celebrities, celebrity news, and follow actors, comedians, singers or TV presenters (22% more likely than average).

Compared to the average internet user, Gen Z are 59% more likely to follow vloggers on social media. In recent research from August this year, we found that Instagram ranks first place to engage with influencers for both Gen Z and millennials.

Social media also serves as the primary channel for brand or product research for half of Gen Z. Between 2015 and 2019, the number of Gen Zs relying on social media to research brands/products jumped nearly 40%.

This distinguishes them from all other cohorts, as even millennials rely on search engines more frequently than social media to conduct product research.

Gen Zs are an increasingly important consumer group who will help shape the future, so purely relying on generalizations isn’t a wise move for any brand or marketer.

To get the full picture, put aside all conventional assumptions and spend time analyzing and quantifying Gen Zs attitudes and behaviors.

It’s the only way to truly get a grasp of who they are. 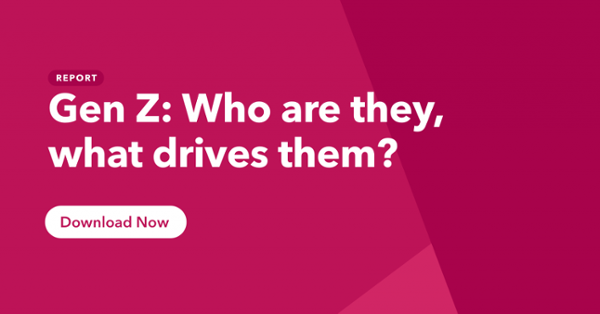