4 gaming trends to get excited about in 2020

As customers lined up to ricochet a single pixel between the two rectangles, the makings of a $120 billion industry were officially set in motion. It’s an industry drawing in more and more contenders, from Amazon to Facebook, Bytedance to Google. As the industry faces perhaps its most unpredictable year yet, we’ve gathered four insights to shed some light on what could be in store, by focusing on what matters to gamers.

But first, let’s identify the individuals who put gaming at the heart of their interests.

Who are the modern gamers?

Today, over 4 in 10 internet users are gamers, defined as those with an interest in gaming and who play games on any device.

In this audience, 63% are male compared to 37% of females. Males, predominantly, are the more common gamers, doing so on almost all devices we track.

But smartphones are the exception to the rule, with each gender equally likely to play games on their phones, displaying the importance of this device in attracting new gamers.

Just under half of millennials are gaming on any device, while roughly 1 in 4 of Gen Xs and Gen Zs can be identified as such.

Baby boomers, perhaps unsurprisingly, make unlikely gamers with only 4% identifying as such

In the Latin America region, an interest in gaming is unmatched anywhere else in the world. Here, nearly half of all internet users in the region identify as gamers –  surpassing the second most populous region, MEA by as much as 12%.

But, looking ahead, how does the gaming industry intend to sustain its omnipresent nature?

Using our data, we look at the past year’s biggest developments in gaming, observing the global behaviors of internet users and gamers and looking at the trends expected to thrive in 2020.

1. Gaming consoles are set to make a comeback.

Historically, gaming has been tied to consoles and PC/laptops. Though increased smartphone ownership in the past decade has introduced more people to gaming’s expanding world, console manufacturers continue to add an edge to the gaming experience they offer.

With 1 in 4 internet users, and 2 in 5 gamers, still using games consoles to play games, the arrival of a new console generation is a highly anticipated occasion in gaming.

2019 saw the final year in which eighth-generation games consoles, like the Xbox One and Playstation 4, acted as flagship devices for their developers, Microsoft and Sony respectively.

Despite a decline in games console usage over the past five years, falling from 1 in 3 internet users in 2015, the next generation of consoles may rejuvenate the popularity of these devices.

Sony’s Playstation 4 is the most popular console among internet users and gamers alike.

17% of gamers say they’re interested in purchasing a games console in the next 3-6 months, rising to 1 in 5 for console owners

Console owners look keen to upgrade with the next generation, but PC gamers seem more content with their device of choice, with only 15% planning to purchase a games console in the next six months.

While console technology is accelerating to compete with powerful gaming computers, PC developers have, in turn, responded with console-inspired hardware, somewhat mitigating the features consoles hold over PCs.

The PS5 and Xbox Series X don’t just have competition from PC’s and each other though, with another generation 8 console already in circulation, the Nintendo Switch.

Despite comparatively low ownership, the Switch’s ability to display content on a television or via a screen on the controller, gives it a certain allure, particularly to those on-the-go.

When asked about consoles they’d be interested in purchasing, 1 in 4 gamers cited the Switch as their console of choice.

At the forefront of this are 16-24 year-olds. In this demographic, over 1 in 5 internet users and 3 in 10 gamers say they are interested in purchasing the console.

But the device struggles to compete with Sony and Microsoft’s console performance and greater support from third-party game developers, and Nintendo doesn’t have plans to succeed this device just yet.

Their release of the Switch Lite at the close of 2019 mirrors their history of gradually upgrading consoles throughout their lifespan. There’s still plenty of time for Nintendo to introduce a new version of their Switch model that gives it an edge against Sony and Microsoft.

For now, however, Sony looks to be the favorite, with the PS4 currently the number one device, attracting purchase interest from over 1 in 4 internet users and 4 in 10 gamers.

2. The nostalgia trend is getting noticed with remastered games.

New consoles may offer higher frame rate and advanced visuals, but without a solid library of games, there’s little incentive to purchase these devices.

As such, there’s still an audience of gamers (15%) that continue to game on the discontinued PlayStation 3, due perhaps to its vast gaming library and cheap price point.

In our 2020 trends report, we analyzed the important role of nostalgia in the life of modern consumers.

Offering backwards compatibility with older consoles not only capitalizes on this nostalgic trend but is certain to provide a competitive advantage in the next generation.

While just 16% of internet users in the UK and U.S. felt nostalgic from console games in the past year, this sentiment is more prominent among those aged 16-34.

We’ve seen the prominent use of nostalgia in the film industry for a number of years, with Disney, for example, seeing exceptional box office revenue from its live-action classics series.

In the same manner, remastering games gives developers the opportunity to effectively “re-sell” classic titles to a new audience for the first time, whilst drawing in older audiences who were the first to play these games.

One such example is the Final Fantasy series, played by 15% of gamers in the last 12 months.

The long anticipated Final Fantasy VII: Remake releases in March, with remastered visuals and gameplay from the ground up, alongside several changes to the story to boot.

The title is sure to appeal to fans of the original 1997 title, considering 1 in 3 of those who played the series are millennials and Gen Xs.

But not every game can get the makeover treatment, given the sheer number of games and devices in circulation. There is, however, a far more accessible solution through that of cloud gaming…

3. Cloud gaming is on the rise.

Cloud gaming, a technology that allows users to directly stream games to multiple devices, and bypass download/installation times, is a growing trend in the gaming industry.

Though multiple services are currently available, Google’s debut entry into the gaming landscape with the release of Stadia marks the first solely dedicated cloud gaming device, without the need for a console or, in some cases, even a television.

Buying a new console certainly warrants a financial commitment, but Stadia’s $119 price tag gives it an edge against competition.

The difference is that Stadia requires a monthly payment plan to use.

Stadia’s service, priced at $10 per month, looks to be following a pricing model very similar to Netflix and Amazon Prime.

The arrival of Sony and Microsoft’s next generation consoles, however, will likely test the Stadia’s longevity.

In order to remain competitive, the device will need to heavily enforce its broadcasting capabilities and continue updating its library to accommodate its growing audience

4. It’s all about the broadcast.

Gaming is now as much about broadcasting as it is about hardware and game releases.

In the last month, 2 in 10 internet users watched a live gaming stream, rising to 1 in 3 among gamers.

Upon announcement of the PS4 in 2013, typical upgrades to visuals and performance were somewhat overshadowed by Sony’s introduction of the Share button.

Conveniently located on the controller, gamers could instantly capture their gaming content and upload it to social media, without need for expensive equipment or technical knowhow.

Though only 9% of gamers say they‘ve broadcasted a live stream of their gameplay in the past month, it’s a rare example of a gaming activity where both male and female gamers are equally likely to have done recently.

With smartphone gaming an example of relative equality between each gender, the device’s array of social functions is important in efforts to draw in female gamers.

1 in 5 gamers have shared images or videos of their gameplay in the same timeframe, but here, female gamers are actually slightly more likely to do so compared to their male counterparts, at 21% to 19%.

Stadia, for example, though already reshaping the gaming landscape through its status as the first cloud-only console, has the additional benefit of full integration with YouTube.

As the most popular social media platform and visited/used by 4 in 5 gamers, YouTube is a powerful asset in Stadia’s future.

It’s important to remember that while Twitch is a dedicated game broadcasting site, visitation from gamers is comparatively low at 1 in 5, meaning the benefit of support from a site as massively popular as YouTube is huge for Google’s console.

Traditional gaming is seeing wholesale changes this year, but with the increasing emphasis on mobile gaming, social media platforms are quickly joining the craze.

Facebook, for example, continues to acquire smaller tech companies as it builds towards its social network-gaming hybrid, Horizon.

It seems the competition in this field is well under way. Just recently, TikTok’s parent company, ByteDance, announced a foray into the gaming landscape as a direct competitor to Chinese gaming titan Tencent.

Whether this is the next natural step in gaming, or simply a passing phase in its expansive history, 2020 is already shaping up to be an industry-defining year. 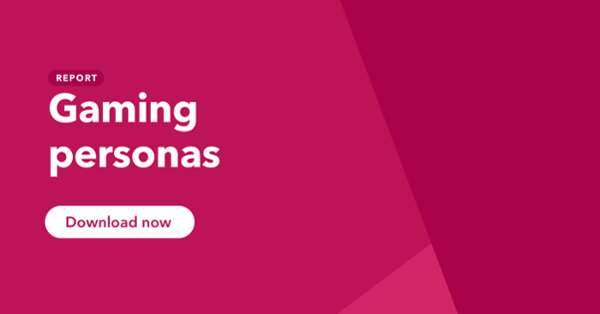