To continue this week’s series on travel, today we ask: what do Harrods department store, the Sydney Fish Market, and the Wong Tai Sin Temple have in common? They’re all places which accept payment from Alipay, the fast-expanding mobile payments service owned by Jack Ma’s Ant Financial. 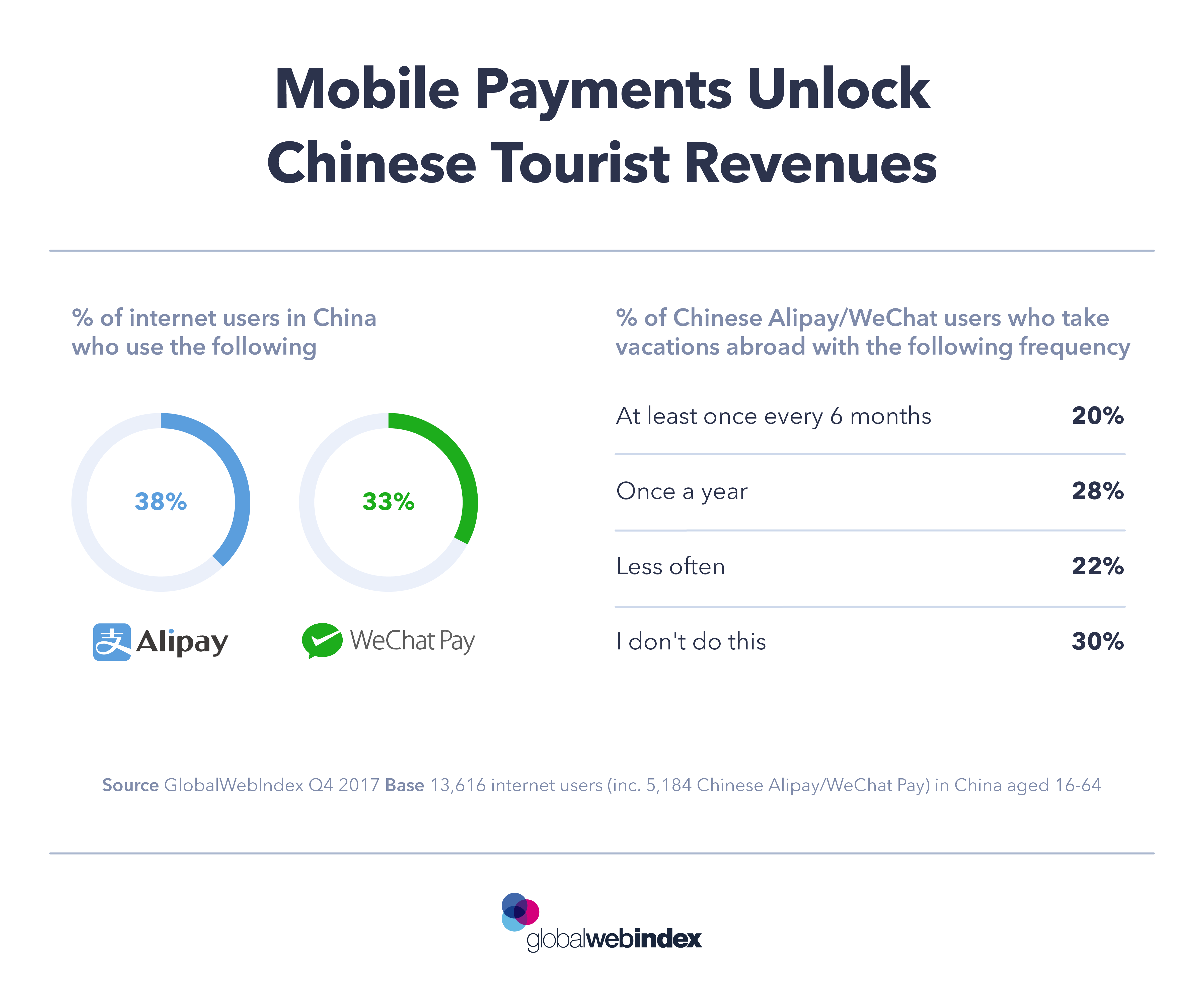 Along with WeChat Pay, Alipay leads the mobile payments market in China. Due to a combination of increasing smartphone performance and a lack of pre-existing credit card infrastructure, their owners Tencent and Ant Financial have become the go-to services for financial transactions. 38% in China use Alipay, and a third of internet users there pay with WeChat. With our ability to track cross-platform usage, we know that there is a lot of overlap between the two groups. 83% of Alipay users have paid on WeChat in the last month, and nearly all WeChat Pay users also use Alipay.

Beyond China, both services have been able to grow across borders thanks to the travelling habits of its users. In the audience of Chinese internet users who use WeChat Pay or Alipay, 1 in 5 take vacations abroad at least once every 6 months. Harrods as an example of the rewards in this, as Chinese consumers now spend more there than any other nationality.

Ant Financial in particular have tapped into a strategy of partnering with local providers, which has taken Alipay to 110 countries, and even as far as the Arctic Circle. There is a large market of high-spending Chinese tourists, and allowing them to pay through their native payments services could be the key to unlocking revenues from them.