The Global Reach of the FIFA World Cup

In this week’s chart series, we’re marking the start of the 2018 FIFA World Cup. Today, we provide a profile of World Cup Fans, internet users who say they watch the tournament on TV or online. 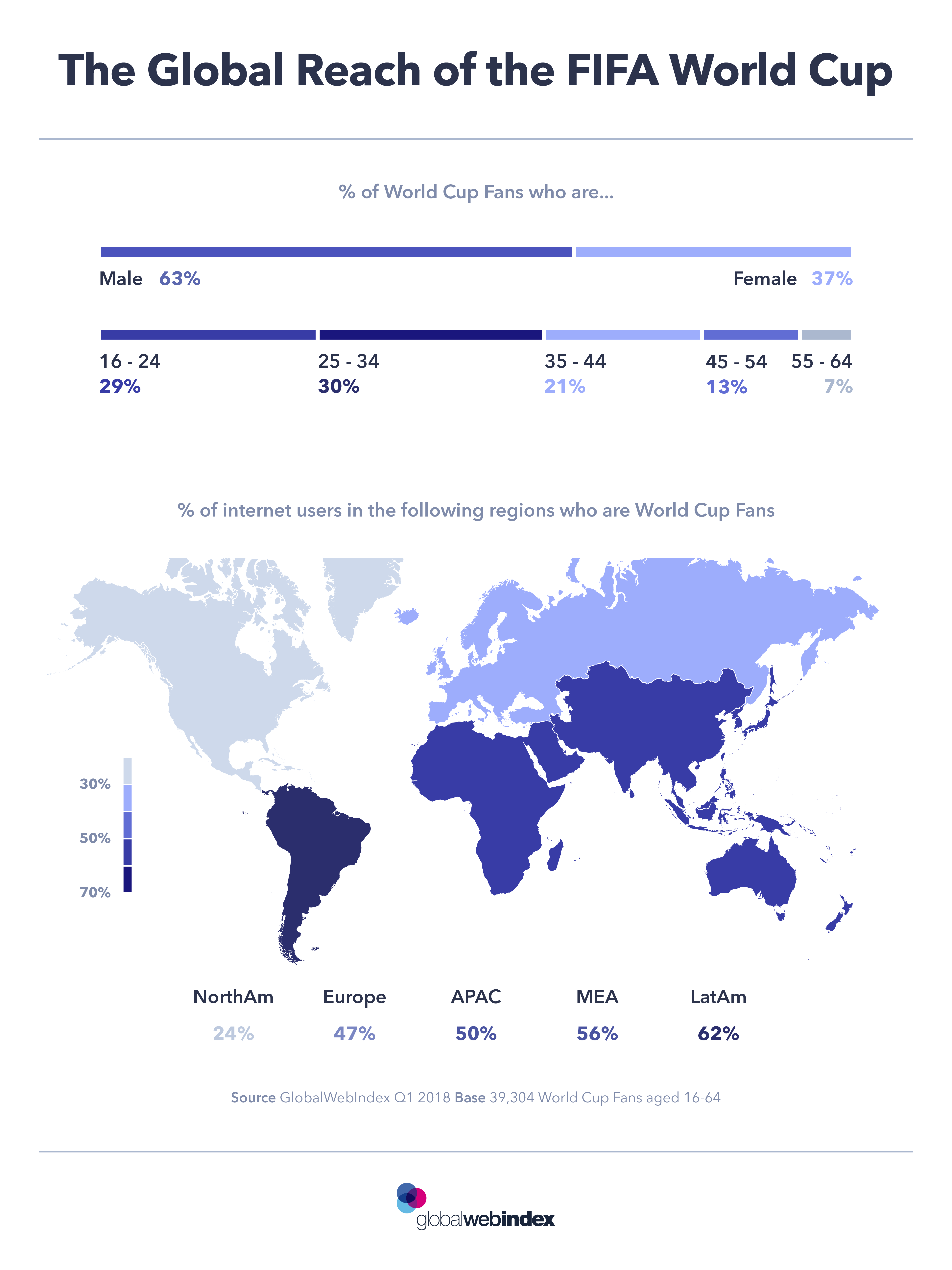 The FIFA World Cup is the most popular sporting competition of the 36 we track, with 48% of internet users tuning in. But it’s not just a large audience, it’s a diverse one too. 37% of World Cup Fans are female, and the competition makes inroads with younger viewers – over half of its viewers are under the age of 34.

With teams representing every continent in the tournament, the World Cup offers a great opportunity to expand the sport’s reach to key growth areas, so it’s encouraging that half of internet viewers in APAC watch the tournament.

Beyond this, we can cross-reference tournament viewing with sports viewing to see how expansive the World Cup viewing audience really is. A quarter of World Cup Fans say that they don’t normally watch football, potentially highlighting the fact that it’s a social activity or a reason for a gathering as a special occasion.

The World Cup isn’t just a tournament for football obsessives; with millions of eyeballs on the action, there are plenty of people getting involved who aren’t usually football fanatics. In tomorrow’s chart, we will take a deeper look at what makes World Cup Fans tick.

World Cup Fans are defined as internet users aged 16-64 who watch the FIFA World Cup online or on TV.