Decline of Console Ownership is Leveling Out

Beginning our week of insights into gaming and the industry, today’s chart explores the trend of console ownership over time. 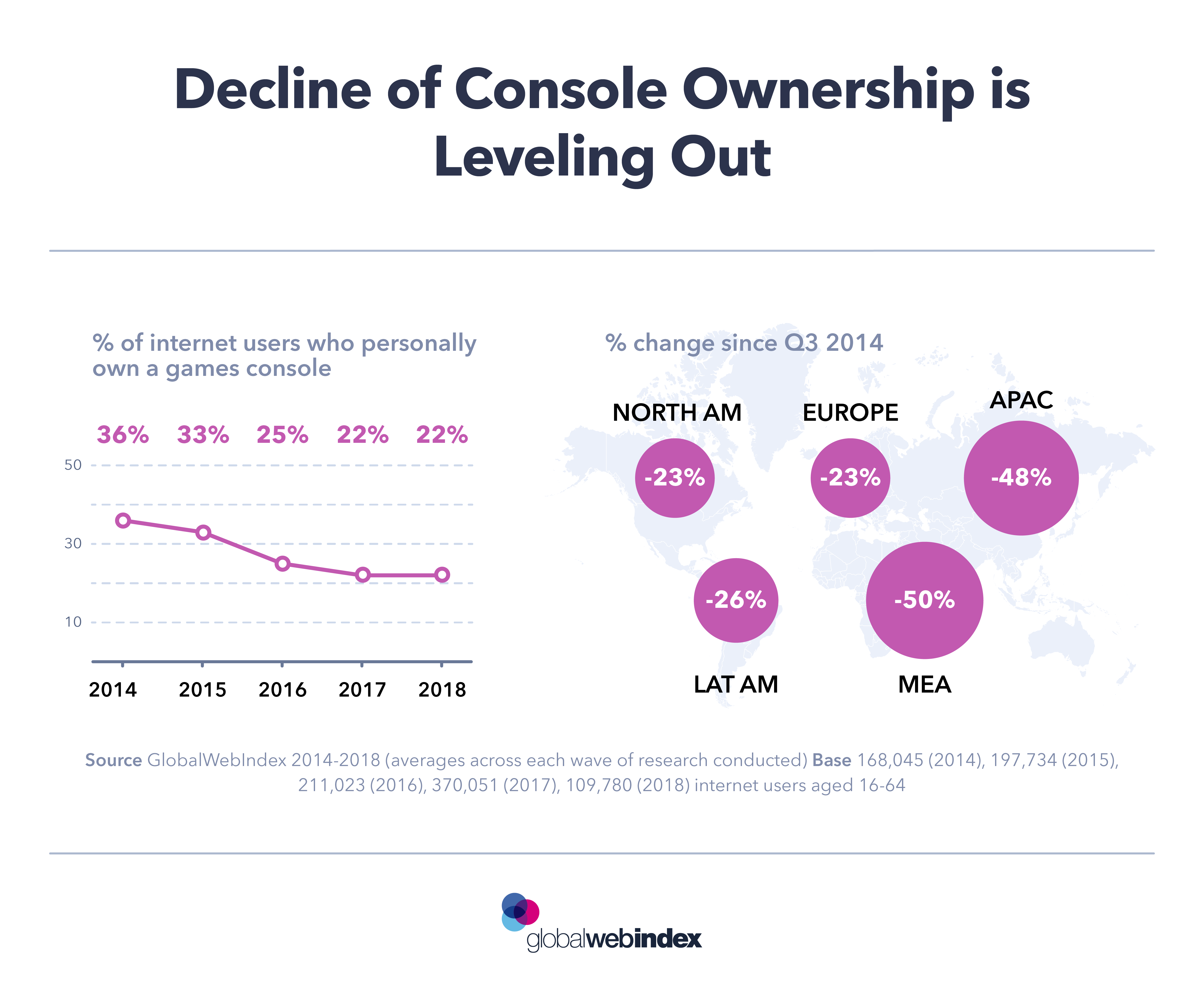 Since we began tracking ownership of games consoles back in mid-2014, figures have been declining quarter-on-quarter, shrinking by around 40% over the period. But following this long decline, our data suggests that numbers are now leveling out at just over 2 in 10. Ownership figures across the generations sit in a similar range, but hit a high of 1 in 4 among Millennials.

If we take a regional perspective, the console decline is primarily a phenomenon affecting Asia Pacific and the Middle East and Africa. Both regions have seen around a 50% decrease in console ownership over the same period, while the decline elsewhere has been to a lesser extent. This is especially the case in North America, where in 2018, just over 4 in 10 still own a games console.

These devices may seem to be falling out of favor with consumers, but that’s not to say that new generations of consoles in the future would not be welcomed. As console functionality moves beyond ‘gaming’ alone towards the device being more of a household media hub, we could easily see a reverse trend in ownership in the years to come.